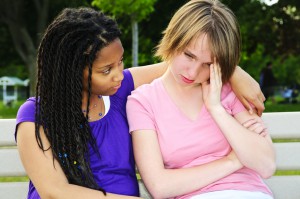 Difficulty swallowing is also called dysphagia. It is usually a sign of a problem with your throat or esophagus—the muscular tube that moves food and liquids from the back of your mouth to your stomach. Although dysphagia can happen to anyone, it is most common in older adults, premature babies, and people with problems of the brain or nervous system.

There are many different problems that can prevent the throat or esophagus from working properly. Some of these are minor, while others are more serious. If you have a hard time swallowing once or twice, you probably do not have a medical problem. But if you have trouble swallowing on a regular basis, you may have a more serious problem that needs treatment.

Sometimes doctors can find no reason for dysphagia, even though it can have many causes. In some people, dysphagia is just a result of aging. As people get older, all of their muscles can get weaker, including the esophagus.

Dysphagia can come and go, be mild or severe, or get worse over time. If you have dysphagia, you may:

How is dysphagia diagnosed?

If you are having difficulty swallowing, your doctor will ask questions about your symptoms and past health. He or she will want to know if you have trouble swallowing, where you think foods or liquids are getting stuck, whether and for how long you have had heartburn, and how long you have had difficulty swallowing. Your doctor will also do a physical exam. During the exam, your doctor may check your head and neck or ask you to take a small sip of water. Your doctor may then refer you to one of the following specialists: an otolaryngologist, a gastroenterologist, a neurologist, or a speech-language therapist.

In rare cases, a person with severe dysphagia may need a feeding tube because he or she is not able to get enough food and liquids.

+ Suffering from dysphagia? Find a Bon Secours In Motion Speech Therapist near you.